Ljubljana is the capital of Slovenia and with approximately 290,000 inhabitants it is an environmentally ambitious city known as green, clean, safe and friendly. It has received numerous international awards, among which we are happy to highlight the European Green Capital Award 2016. According to the jury, this prestigious title was given to Ljubljana for being the city that achieved the biggest change in the field of sustainability in the shortest time. 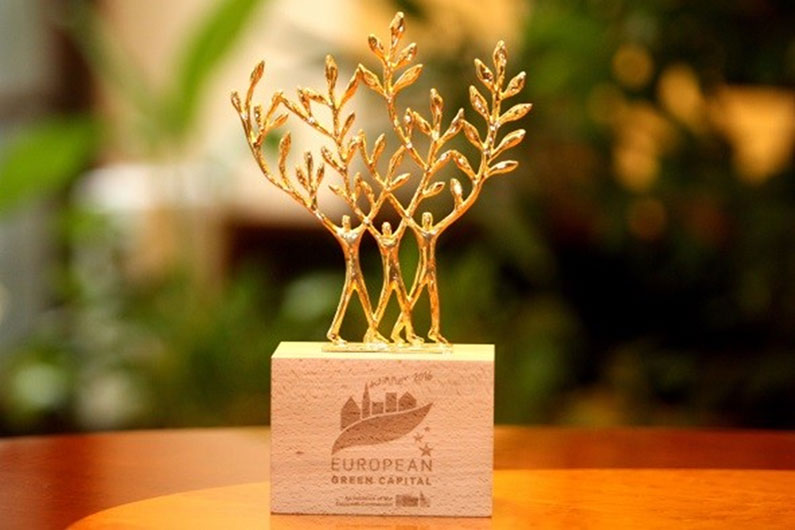 Sustainable mobility was one of the strongest chapters in our endeavour to improve the quality of life and to create an even lovelier city for living. This is a result of continuously following the Vision Ljubljana 2025, created already in 2007. This vision has embarked Ljubljana on the path towards the ideal sustainable city, and we are pursuing set goals within its framework - ensuring the quality of life for all residents ... and together with them.

With its work in the past and in plans for the green future, The City of Ljubljana showed its dedication to sustainable mobility. The city government gave special attention to cycling, after receiving several initiatives by the citizens and cycling non-governmental organisations. In order to meet their needs, cycling has been given an even more important role in strategic documents and action plans, including the Sustainable Urban Mobility Plan (2017), a strategic document emphasising measures for the promotion of sustainable mobility in Ljubljana, which is building upon the Transport Policy of the City of Ljubljana (2012).

Seeing cycling as a priority, numerous improvements for cyclists have been implemented in cooperation with various stakeholders in the past decade: besides new infrastructure and expansion of the cycling network (bicycle paths, lanes, surfaces, boxes, racks, parks, bridges, common space etc.) also the very successful bicycle-sharing system Bicikelj has been introduced. It now includes 78 stations and 780 bicycles, and the network is still expanding.

In consequence, in 2015 Ljubljana first made it onto the list of top 20 bicycle friendly cities in the world taking the 13th place, and in 2017 it improved its ranking and rose up to the 8th place on the »Copenhagenize Bicycle Friendly Cities Index 2017«. In 2019, Ljubljana took the 14th place on the chart. 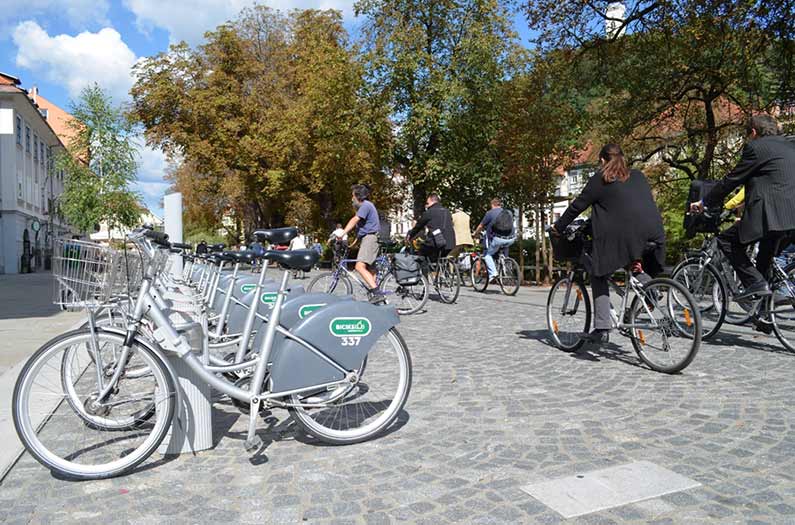 The mentioned commendations are not the only ones that put Ljubljana in the spotlight. Ljubljana is the only city that won the award for best European Mobility Week twice - for improvements in sustainable mobility in 2003 and 2013. The city takes pride also in winning Urban Public Space Award 2012, Access City Awards, Eurocities 2013 Award in the „Smart living" category. Ljubljana takes place within the 10 World's Best Sustainable Destinations.

Ljubljana can serve as a role model and inspiration to many cities and vice versa. The knowledge that the city has gained so far can be replenished by the exchange of best practices, lessons learned and experience of other cities. Interest in Ljubljana has risen and numerous cities, delegations, and representatives of various organisations, associations and institutes have expressed their wish to visit the city in order to learn from it and to "experience” the changes on field. Several successful international conferences with hundreds of participants were also held in Ljubljana, such as the Eurocities Conference 2017, for which the City of Ljubljana won the Conventa Best Event Award 2017, TEN-T days 2018, the CIVITAS Forum 2015 with record participation, the annual Ljubljana Forum, and other events in connection to the title of European Green Capital.

Ljubljana is committed to further improve the quality of life not only by a promise it made to its citizens to work in their best interest and provide the best service for them, but also formally - by joining The Global ECF network for Local and Regional governments »CITIES and REGIONS for Cyclists«.